Having a scrolling background and a static player can be a very simple way of giving the illusion of movement.  If you add into that parallax scrolling, you can add the idea of depth to your game.  Luckily, setting up the scrolling in PICO-8 is very straightforwards.

To scroll a background we are going to make use of the map() function that was introduced in an earlier ‘First Steps’ post.  Map will draw the contents of the map editor to the screen.  The syntax for the map() function is described here in detail, but basically it works as follows:

The toughest thing to get your head around when drawing a map is the difference between mapx and screenx.  The key is that mapx, and mapy coupled with mapwidth and mapheight tell PICO-8 which bit of the map editor you want to draw, and they are measured in cells.  screenx and screeny tell PICO-8 where to draw the map in you game and are measured in pixels.

Take this example: we have a map that we have drawn and we want to display just the section from the top left (shown as 0,0 when the cursor is hovered over it, below).

We want to draw the map to some trees that are down and to the right.  Hovering the cursor over these we see it shows x:14 and y:9. 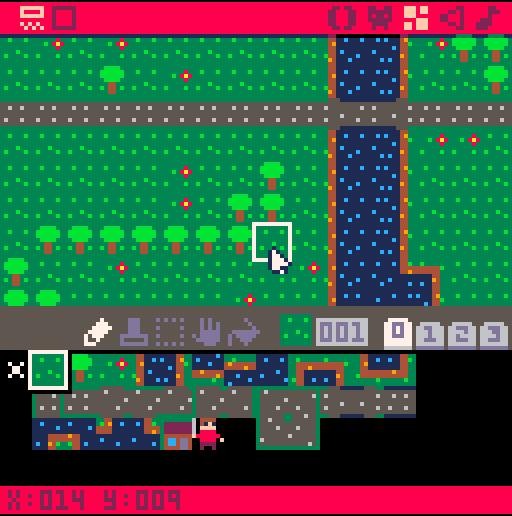 No, the important thing to note is that PICO-8 counts these cells from 0, so these cells are 15 and 10 from the top left of the screen.  If we had decided to draw from 1,1 then these cells would have been 14 and 9 away from that location.  What we are concerned with is the DISTANCE from the starting corner. 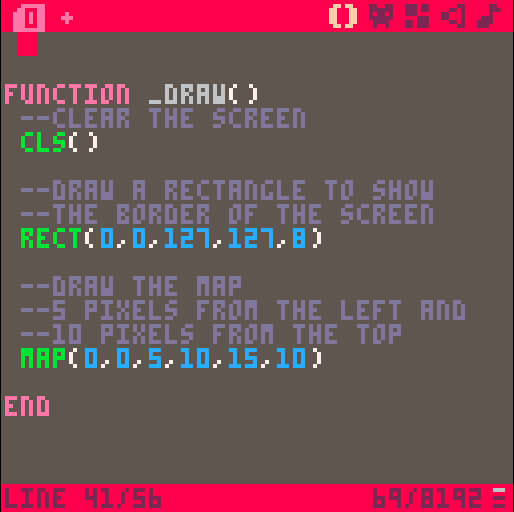 The code that is shown above uses the map() function with the values we have worked out:

To give this result (white text was added afterwards to highlight the gap we put in): 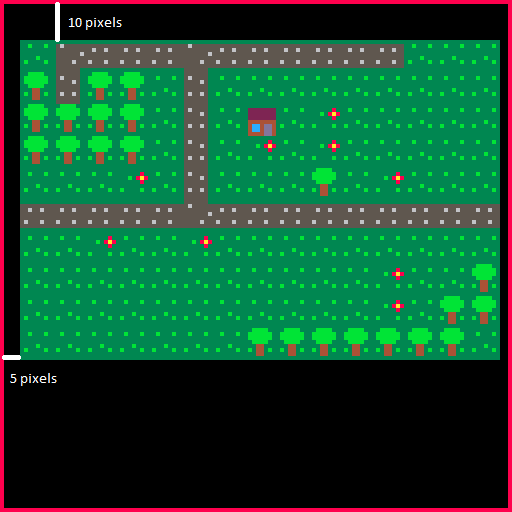 So, how does this help us draw a scrolling background?  Well, if we control the location on the game screen, we can slowly move the background to the left of the game and allow it to slide across the screen.  To do this we are going to need a variable for the position of the background and also a variable to control the speed that it will move.  In this example, I will look at horizontal scrolling, but the principles apply to scrolling in any direction. 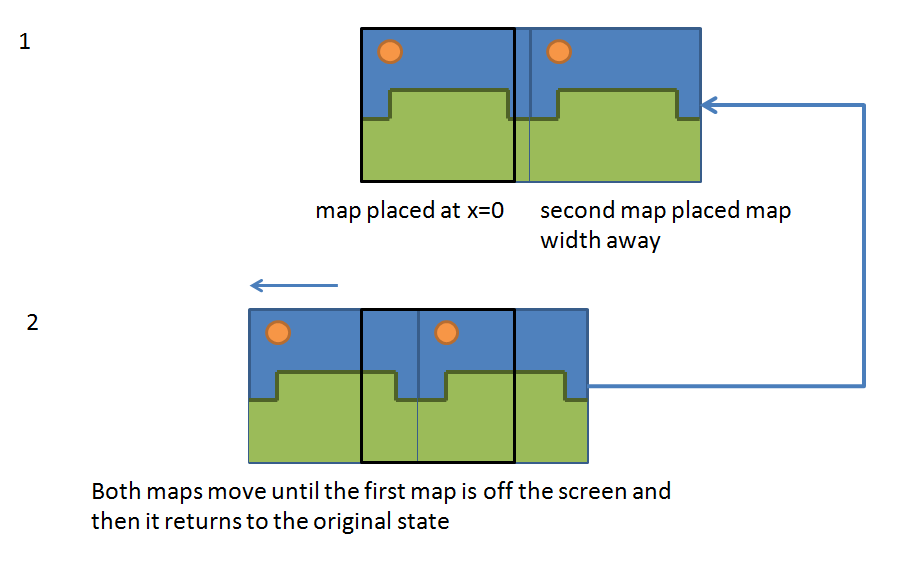 First we need to initialise the variables to keep track of the position of the map.  This forms part of our function _init(), but it could go anywhere. 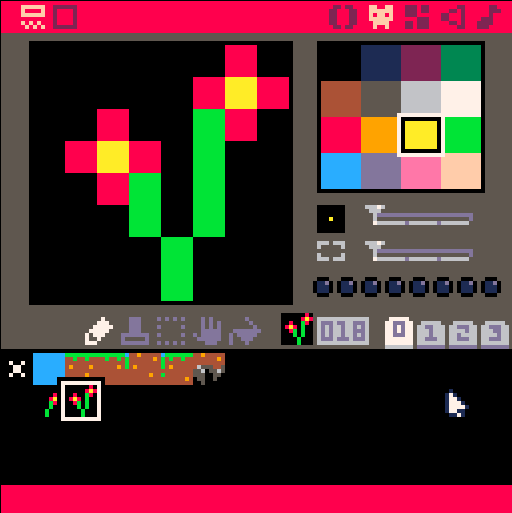 I then built the map in the map editor to be 16 tiles wide and 16 tiles high. 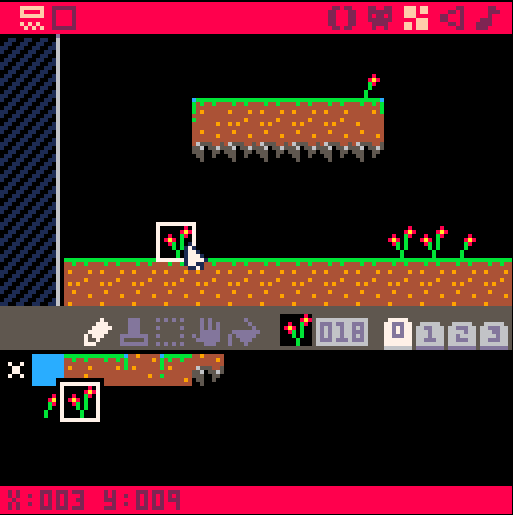 For smooth scrolling I have used _update60(), but you don’t have to do that.

Finally, we need to draw this to the screen.  Don’t forget, we need two copies of the map to allow for seamless scrolling.

This should produce the following result.

It is possible to layer several different backgrounds at different speeds to show parallax scrolling.

The next first steps tutorial will show how this is achieved.